skip to main | skip to sidebar

We can always dream. Buttons, mugs and more available at: 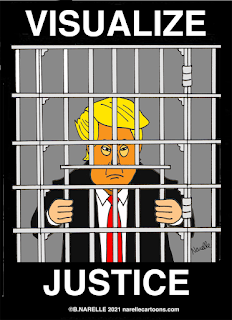 Posted by Brian Narelle at 1:32 PM No comments: 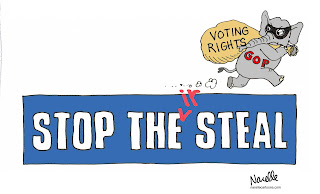 Posted by Brian Narelle at 1:14 PM No comments: 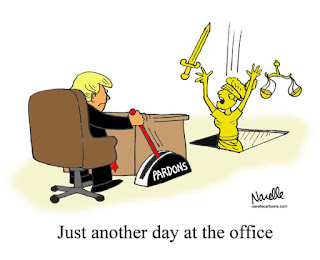 Posted by Brian Narelle at 4:40 PM No comments: 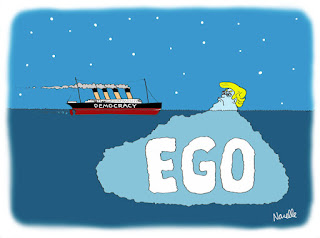 Posted by Brian Narelle at 12:10 PM No comments:

One down. Two to go. 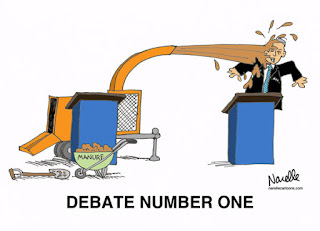 Posted by Brian Narelle at 6:07 PM No comments:

Posted by Brian Narelle at 10:28 PM No comments: 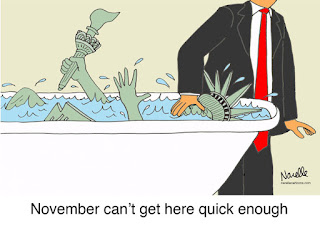 Posted by Brian Narelle at 7:30 PM No comments:

Horton Doesn't Hear A WHO! 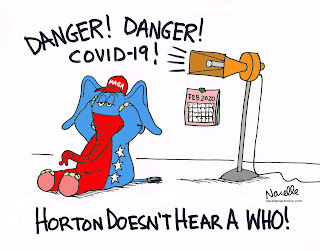 Posted by Brian Narelle at 3:25 PM No comments: 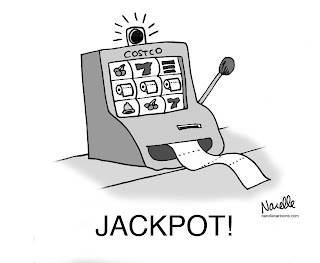 Posted by Brian Narelle at 1:52 PM No comments: 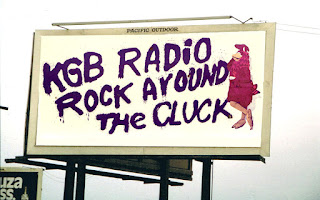 I needed work. There was a new animation studio opening in San Diego. I packed up a bag and headed down from LA to create a promotional film for Odyssey Productions. They were located in an office building in Mission Valley.

One day I squeezed into the elevator, filled with Prudential Insurance employees in suits, clutching an armful of Fisher Price toys I was planning to stop-motion animate. One of the suits commented, “Aren’t you little old to be playing with those?”

Just before the doors to my floor opened I replied, “I sold insurance when I was six. I’m just trying to make up for lost time.” I exited quickly.

In the midst of working on the film I’d entitled Adventures Of A Red Ball, I overheard the producer discussing a bid for an animated TV commercial for a local radio station. There was some mention of a chicken tie-in but I never understood what that was all about. After all, I was merely eavesdropping. All I really knew was he had to submit a bid by the following day.

I suggested that I stop what I was doing and animate a chicken that could accompany the bid. This would entail shooting the animation in-house on 16mm black and white film and developing it in the men’s room down the hall. When I got the okay I set to work.

In order to create a lot of animation in a short time I employed a technique called crawls, whereby I would have my cartoon chicken strike a series of ridiculous acrobatic poses and then hand trace them several times. When shot in random order it would give the chicken a sense of aliveness while holding the poses, as opposed to being a static drawing. In this way I was able to create about 45 seconds of animation in one sitting. Once shot and developed in the men’s room the film was stretched out to dry in a closet using a series of paperclips. When dry it was rolled up on a yellow plastic core and taken into the ad agency the following day.

Meanwhile, I had plans to fly to New York for a meeting. This was not to be. The producer returned from the meeting and informed me that my chicken had clinched the deal. I would have to delay my flight in order to create some storyboarded ad ideas. At the same time, local animator/artists would submit chicken designs. The artist whose chicken was selected by the client would go on to animate it.

I came up with several ad ideas and spent more time creating nice storyboard panels than I spent drawing inside them. With less than an hour left I sketched in my ideas. They were laid out on a large table next to the rapidly gathered submissions from the other artists.

In my mind I had one foot in New York by the time the folks from Grant-Rogandino Advertising and KGB Radio showed up. I bit my lower lip as they circled the table surveying all the offerings. Then they went into a private huddle on the other side of the room. When they emerged they said which ad idea they liked. Great. Then they announced that the chicken they liked was the one in the storyboards. What?

Change of flight plans. I now had to stick around to direct and animate the commercial. Which I did, adding my own signature “Ga-bawk!” to the sound track.

As soon as I was finished I left for New York. When I returned a week later I was backing out of a parking space in El Cajon. When I looked back over my shoulder I nearly screamed. My back window was filled with my cartoon chicken on the side of a municipal bus. My TV spot soon filled the airwaves as my chicken gently clutched her glowing eggs in a rocking chair to the sound of the Allman Brothers.

KGB Radio soon led in the ratings. By the next cycle the ad agency circumnavigated the production house and brought me in write copy. From this meeting came the immortal words, “KGB Radio…Rock Around The Cluck”. These words soon appeared ala spray paint graffiti on billboards all over town. Next to them stood the huge image of a chicken holding a paint can. This was the first live incarnation of the KGB Chicken, inhabited by young Ted Giannoulas.

Hired at $2/hr initially, the radio station had no idea what they’d done by putting Ted in that suit to hand out tickets and such. A much more attractive suit would follow, later to evolve into the Famous Chicken when the tight leash of KGB Radio was severed. That is Ted’s story and it’s epic.

As for me, on the next round KGB Radio approached me directly and offered me the entire advertising account. I was in the process of flying the coop at that time and turned them down. I would soon move to northern California, once again writing as well as animating for Sesame Street, then onward to a feature with Lucasfilm and everything else that has followed.

Due to Ted Giannoulas’ amazing creativity and energy I have never been able to look over my shoulder and see the Chicken as a part of my past. Because he had been at it all these years. Somewhere in the universe there is this crazy chicken energy field that overtook me years ago and then found Ted. It is an energy field that touched the likes of Harpo Marx and Buster Keaton. It is bigger than Colonel Sanders. May it never die.
Posted by Brian Narelle at 5:54 PM No comments:

Brian Narelle
What happens when a cartoonist collides with a writer and a puppeteer? That's not a riddle. That's my life.